hanotsri wrote: ↑
February 29th, 2020, 12:05 pm
So the TROS novelization dropped early at C2E2 and the Ren / Palpatine spreads light in what Palpatine was...

So they basically lifted the basic Dark Empire story and molded it for the sequel trilogy. I hope Tom Veitch and Cam Kennedy would get some credit here. I don't hate it I guess. I wasn't a fan of Dark Empire necessarily, but if you're going to use the clone angle I guess use previous story precedence for it.

It means he actually died, explains how his body survived a massive explosion (it didn't), and have previous story precedence to use this angle (Dark Empire).

Good info, thanks for posting.

My pleasure. Also more confirmation from Cinefex and a reveal that JJ wanted to reintroduce the concept in TFA. 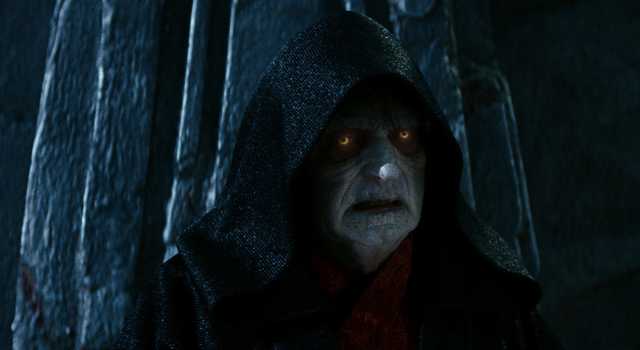 He didn't survive. That was a clone.
Top

It's a clone body with Palpatine's sort-of-force-ghost inhabiting/controlling it. And the process, while amazing that it works at all, is not working very well, what with the body deteriorating.

This leads to viewer confusion that it's actually his original body that has merely been damaged. Not a well-thought-out delivery for the fans who want to know what's going on (i.e. all of the fans).
Greg Zinn

I'm late to the party. But, hey...with stay at home orders and time to spare, it was a fun read to see the differing opinions. I'm 95% on board with Matt C.'s. Tom D's, and Eric's takes; other than the fact that I really enjoyed TLJ.


Cam Solusar wrote: ↑
January 21st, 2020, 11:21 am
TLJ had the most compelling story of any SW movie IMO, which is why it's my #1. Confronting and overcoming failure resonated with me strongly. TROS' attempts to apologize for a story that did not need apologizing for felt sad and catered to the lowest common denominator, and was just another thing on a long grocery list of grievances that I have against that movie. The movie was just full of bad story beats, underdeveloped plot threads, and plot points that were clearly intended to carry some weight, but the movie just hadn't put in the effort to earn the feelings that it was trying to elicit from its audience.

1000%, all of this. Glad to see I'm not the only one who thought TLJ was fresh, unpredictable, and compelling with its story. (though we may be the only two!) TLJ is the shining star of the this trilogy for me, because it was the only one that took chances and pushed the envelope. I was surprised to find there are people who think Rise is "fixing" TLJ. TLJ was the only movie with original ideas that weren't just trying to provide fan service or rip off earlier momoments in the series. It didn't need to be fixed. It was the only movie that evoked the same spirit of excitement for me as the originals. If I ever watch this trilogy again, I'll stop after TLJ because Luke's bad-assery at the Battle of Crait is where the Skywalker saga reaches its ultimate conclusion for me. Plus, say what you want about the Prequels, but at least Lucas wasn't just trying to deliver a safe fan service, which both TFA and RotS turned out to be. He made the movies that he wanted to make, and TLJ is the only one of this latest bunch that feels that way to me.


My thoughts on Rise...I enjoyed Rise well enough in the theater, but I was happy when it was over. But not in the way that I had seen something great, more in the way of "well, that brings to completion a story that has been such a huge part of my entire life." Comparatively, I left the theater after seeing TLJ whooping and hollering and excited to have seen Luke be a badass AND outsmart everyone! GOAT!! A tale of two reactions.

However, I'll stop short of calling Rise a bad movie, even though I didn't personally like it. It deserves some credit, and I don't begrudge people for liking it. The cinematography was absolutely top-of-the-line great. Babu Frik was fun and I loved that little guy. The fight choreography was good. The effects were amazing. The scenes where they are moving ships around in the forest are absolutely breath-taking. Visually, this is one of the most striking and beautiful movies I've ever seen. I enjoyed seeing Lando return and a Wedge cameo (even though such a decorated veteran of so many Rebellion engagements should have been a figurehead of the Resistance since TFA), and loved Chewie getting a medal.

However, this movie also critically lacked a compelling story that tied into the legacy of its subject matter, as well as fleshed-out 3-dimensional characters. Things happen for no better reason than because the writer wrote them. Nothing follows any logical course. Major plot points aren't explained and aren't rooted in anything that happened before. And while you can get away with this in one-shot movies, especially ones paced so well with such great cinematography, you can't do that when you're working with a beloved IP that has 4+ decades' worth of backstory. If they'd just called it "Space Fight Movie" instead of "Star Wars", it could have been movie of the decade. Instead, the lack of connectivity to anything that came before makes it painfully obvious that there was no singular vision or plan for weaving this series effectively into the larger Star Wars Universe, or even making it consistent within its own story and character arcs. And for me, that really hurts it.

Trying not to repeat too many of the things others have pointed out, some of the things that bothered me most...The Emperor coming back with no explanation as to why or how? Lazy retcon that undermines the entire Anakin Skywalker character arc, which is the ostensible whole original point of Lucas's Star Wars. Telling me it might make more sense if I read comics or novels? Greedy money grab. Comics and novels are for exploring things of little consequence to the main plot, not homework to understand key parts of the movie. Horses can ride on the outside of star destroyers in atmospheric space? Huh? This one is a bit minor, but after seeing how many people complained about the casino escape scene from TLJ...this is, by far, more ridiculous and deserves more scorn.

But the biggest negative consequence of Rise for me is how it completely destroyed what appreciation I had for The Force Awakens. While I left the screening of TFA thinking it was a bit on the safe side and not particularly original, I was happy that it was a good copy and it gave me hope and confidence that some of these exciting new threads would be unraveled over the course of two more movies. TLJ added to that sense, as it was the complete opposite: a bold and unpredictable movie that blazed its own path.

But after seeing Rise and looking back now, TFA just looks like a shameless, if effective, shot-for-shot remake of ANH that never had any vision of anything that was going to happen later. They may as well have called it "A New Hope 2.0." Secret stolen plans delivered to the good, rebellious faction? Check. Force-sensitive orphan struggling to get off a desert planet? Check. Unwilling space pirate flying said orphan around the galaxy on a rickety old freighter trying to connect with a rebel resistance movement while avoiding the bad guys? Check. Heroine gets capture by bad guys? Check. Ragtag bunch of heroes conspire to save captured female? Check. Bad guys set up a giant, world-killing super-weapon with an unreasonably silly weakness? Check. Old hero sacrifices himself to bad guy so others could complete the mission? Check. Good guys exploit fatal design flaw and blow up bad guys' super weapon? Check. The only interesting and original story thread from this movie, Finn's moral turn from being a Stormtrooper and joining the Resistance, would be disregarded and forgotten over the course of the next two movies.
Issac
Top

Pretty interesting interview with a couple editors of some of the sequels:

https://www.denofgeek.com/movies/star-w ... o-trilogy/
Eric Garchow
My eBay Store 10% off orders of 10+ items, plus free shipping on orders of $50+
My Trade Thread
My videos/photos of opening sealed SWCCG + other SWCCG things.
My Frequently Updating SWCCG Wants List
Top

Will this be on disney plus soon? Big fan, wanted to see it a 4th time but it was gone from theaters too soon
Top

Normally movies will take about 6 months, so figure late June.

There have been some special exceptions due to Covid-19 (Frozen II, Onward, and soon Artemis Fowl).
Greg Zinn

Appeared like this was up on disney plus today.
Eric Garchow
My eBay Store 10% off orders of 10+ items, plus free shipping on orders of $50+
My Trade Thread
My videos/photos of opening sealed SWCCG + other SWCCG things.
My Frequently Updating SWCCG Wants List
Top

If a tree falls in the forest etc etc
Matt C. - Pittsburgh, PA

Confirmed, have just watched TFA, TLJ and about to start TROS via a Zoom watch party.
New or returning player? Click here for the information you need to know.

Beat me mercilessly on GEMP: Tardis
Say hello at an event:Darren

So apparently the character Rothgar Deng might be our old buddy from ESB? At this point, why not? But still...
Eric Garchow
My eBay Store 10% off orders of 10+ items, plus free shipping on orders of $50+
My Trade Thread
My videos/photos of opening sealed SWCCG + other SWCCG things.
My Frequently Updating SWCCG Wants List
Top

Return to “Off Topic”