kryptofis wrote:Oh, wow, that sucks almost as much as when they cancelled Firefly!

Seriously, though, that is bad news.

At least now you have a chance to win it.

You just have to beat Casper in the finals 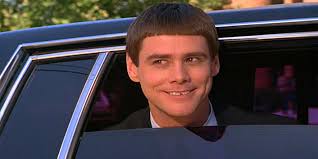 Wow really ?
Hope nothing too bad...

SirYoda wrote:I suggest we ban all creatures.
Or better yet, just ban DDM from playing creatures.

I totally lost track of this after the forums roll-back.
Please let me know if there are names missing, or there's too much in there.
Kryptofis
Top

Sorry to hear you won't be there Emil.

There is a big chance, that i will make my Return to the tournament play after a 3 year break .

Pre-registration is closed at 32 players. Thanks every-one!!

A much stronger turnout than I thought. I told someone the other day it was like 20, then a couple of days later I actually looked and saw 30. Awesome!!
- Casper Jørgensen
aermet69 - Member of Team Copenhagen
"Team Copenhagen never dies. They just go to the bar and respawn."
~UK National Champion 2011. ~Worlds 2012, 10th place. ~German Nationals 2014, Runner-up. ~European Champion 2014. ~Toola Regionals 2015, Runner-Up.
Top